Join our newsletter to receive an INSTANT $25 (AUD) welcome DISCOUNT!

Switzerland is one of those countries that sits on the top of many people’s bucket lists. From its snow-capped mountains, crystal-clear lakes, fairy-tale villages and green rolling hills, we are constantly left in awe by its majestic beauty. With so many picture-perfect locations, its hard to know where to start; but we're here to give you a taster of some of the very best sights to take in on a journey across the land of chocolate and cheese…

Below, we share 9 magnificent photos of Switzerland that will make you want to pack your bags! 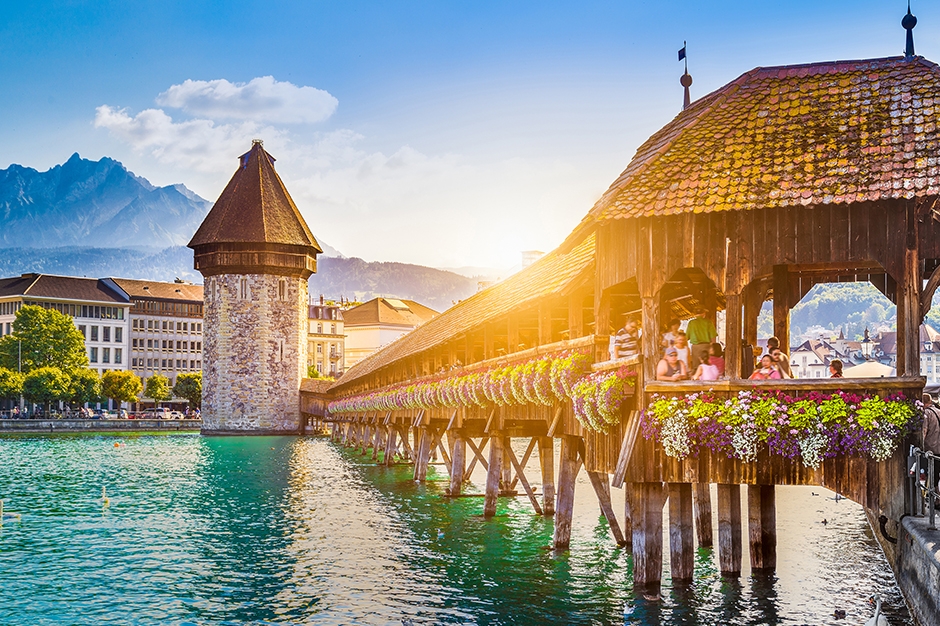 This striking city in the heart of Switzerland lies in the shadow of Mt Pilatus and can be easily reached by rail from Zurich Airport. Whilst the quaint old town is worth a wander, its the glistening waters of Lake Lucerne framed by the Chapel Bridge that captures the most attention. It is said to be the oldest covered wooden bridge in Europe, and a slow stroll across it will reveal an interior roof decorated by intricate paintings from the 17th century. 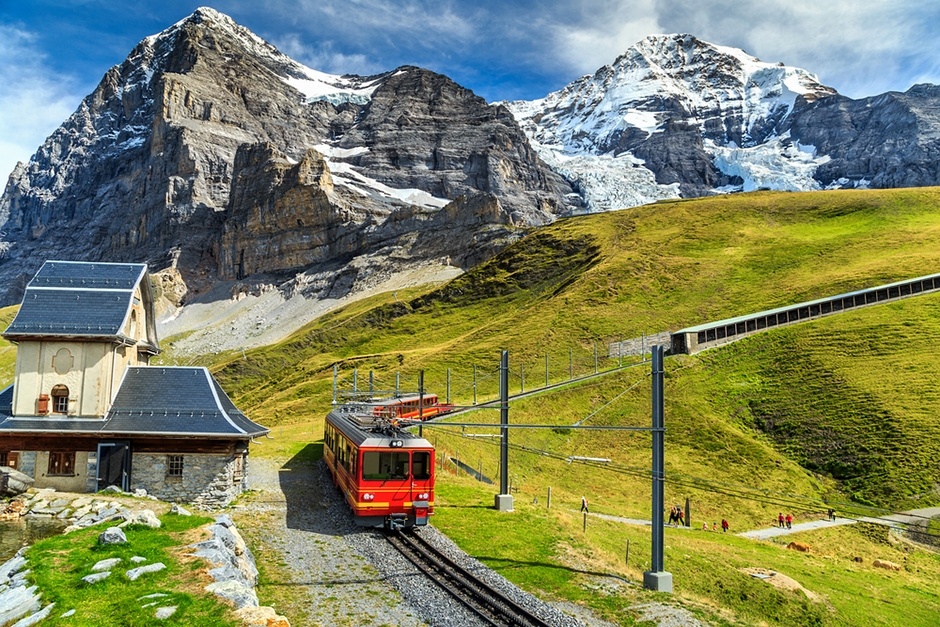 For many, Switzerland is all about the Alps, and if you want to do it right, a trip up to the “Top of Europe” is mandatory.  Jungfraujoch stands as the jewel in the crown of Switzerland ingenuity, boasting the highest railway station in all of Europe, cutting through mountains and countryside to finally reach the summit with a view sitting high above the clouds and the chance to walk on an incredible sea of ice.

Nestled in the lush green mountains of central Switzerland, on a short day trip from Interlaken, lies one the most dramatic natural sites – a combination of 3 separate cascading falls dropping frothy columns of glacial water 120m metres down its cliffside.  Whilst it may be most famous as the location of the literary character Sherlock Holmes demise, the combination of crisp fresh air and views from the funicular to its top have the power to leave visitors breathless with wonder. 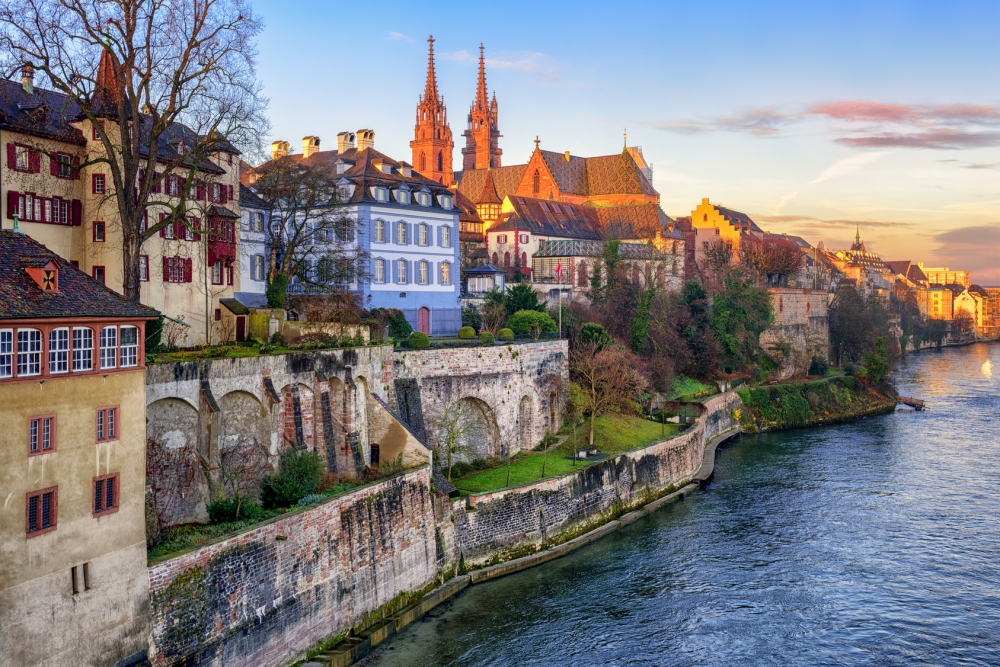 Situated close to the borders of both Germany and France, Basel may be the perfect location from which to take a rail holiday to all three countries, but the town remains uniquely Swiss in its architecture and attitude.  Visitors to the previously fortified old town are greeted by the Spalentor Gate, leading to narrow cobbled stone streets and the impressive 11th century cathedral.  And when you are done walking, it’s the perfect location to cruise down the Rhine whilst sampling the delicious local fondue – cheese or chocolate are both on the menu. 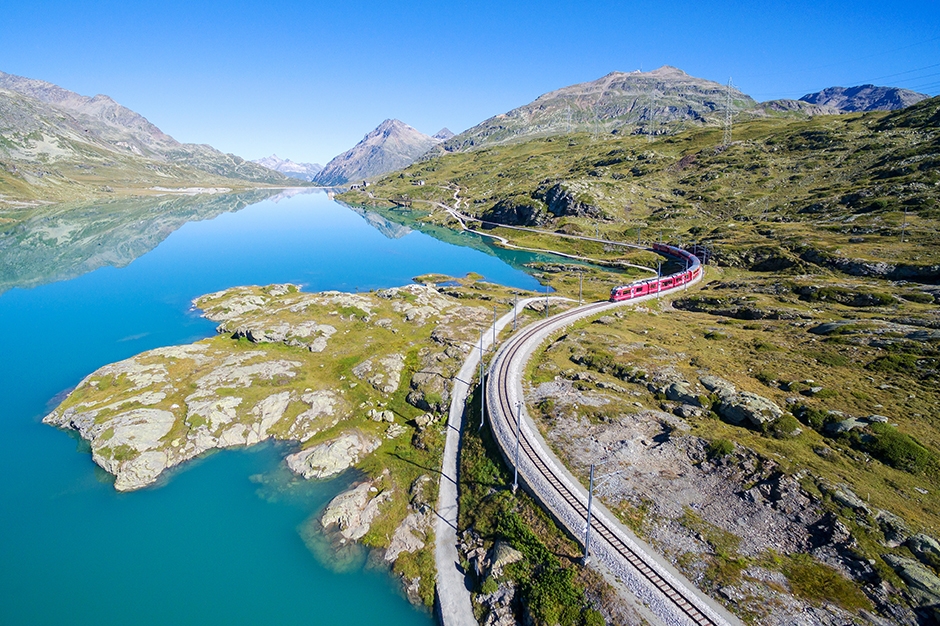 In a country where even a daily commuter train ride tends to offer great views, it takes something rather special to highlight one of the best train trips in Switzerland.  The journey from Chur to Tirano in Italy however, passing glaciers, mountaintops, travelling through tunnels and the famous Brusio Spiral promises just this.  The Bernina Express scenic train, getting its name from the Pass, offers incredible views on the much celebrated 4-hour voyage. 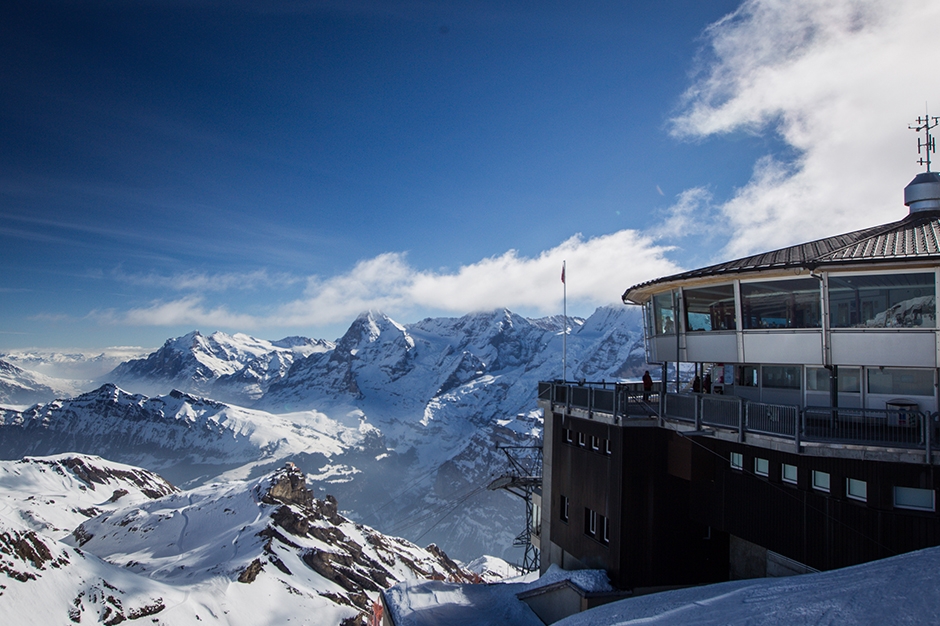 If you want to be cool in Switzerland, venturing up The Schilthorn Piz Gloria by cable car is a great option.  In the heart of the Alps, the location is most known for featuring in the Bond film ‘On Her Majesty’s Secret Service’, and the locals are proud of the fact.  But if ice-cold Martinis and 007 souvenirs aren’t your thing, you will still be able to enjoy the stunning 360-degree views across the snow-capped mountain peaks. 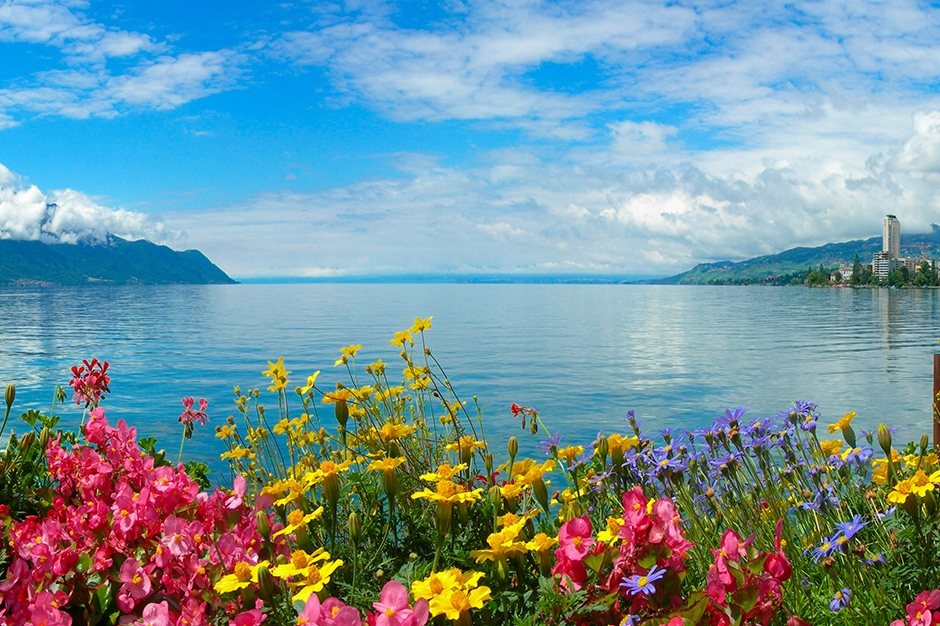 Whilst there is no shortage of beautiful lakesides in Switzerland, Lake Geneva and the shoreline town of Montreux is quite possibly the best.   The region harnesses a sense of romance that it shares with its close neighbour France; and there is a beautiful balance of both tranquillity and buzz about the town, both of which can be experienced with a walk along the lake promenade.  The perfect path is bordered with flowers, but also plays host to Monteux Jazz Festival in summer and amazing Christmas Markets in the winter. 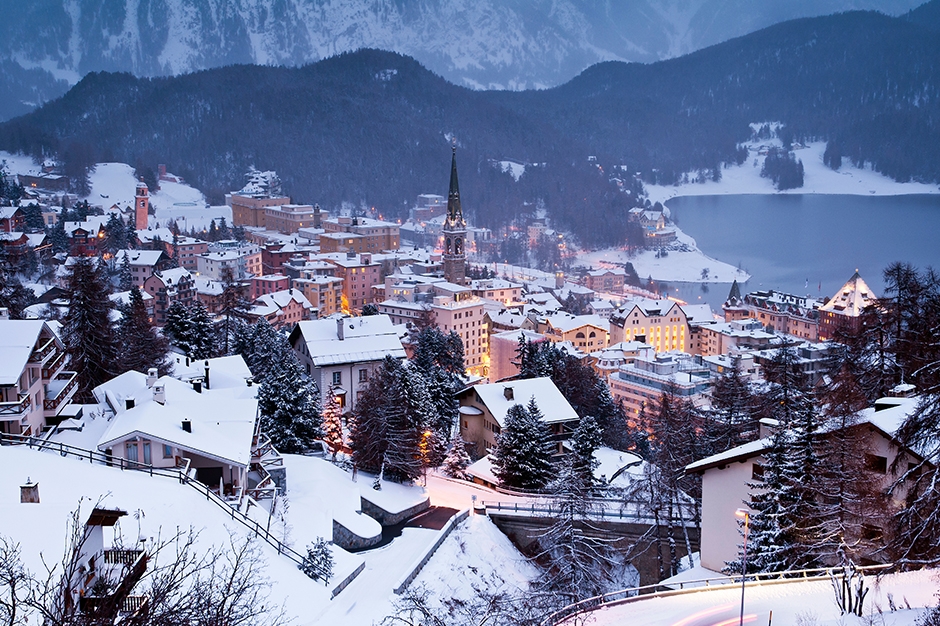 One for the snow bunnies, St Moritz offers all you would want in an Alpine town – quaint village atmosphere, divine restaurants and inviting cafes with roaring fireplaces.  It’s a perfect location for that dream winter wonderland family holiday filled with sleighs and fairy lights, or for those who want a bit more pace, participating in winter sports like skiing, snowboarding or stargazing (of the celebrity kind). 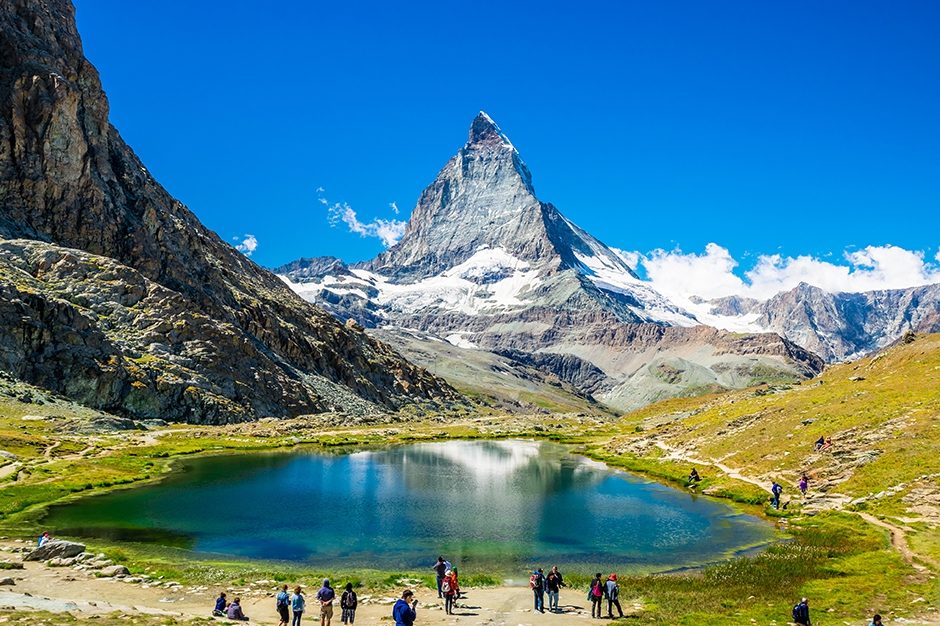 A mountain peak so iconic, the Swiss modelled their delicious Toblerone chocolate bar on its outline.  The spectacular panorama can be best viewed from Gornergrat, reached from Zermatt on a day trip by Cog Railway, a marvel of 19th Century engineering.  As well as catching views of the Matterhorn in all its pointy glory, the voyage also takes in vistas of pine forest, mirror lakes and magical glaciers.

With the new year right around the corner, we present some of our favourite rail holidays over the...

An Insider's Look: Venice-Simplon-Orient-Express to Venice

There are some train journeys that carry a certain reputation before them, but arguably none have...

5 of the Best Countries in Europe to Experience by Train

Nothing quite compares to the experience of travelling throughout Europe by train. From the...